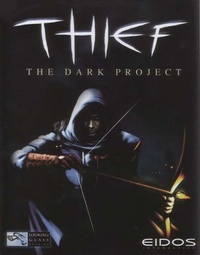 First guard (in a drunk voice): Hey, I'm going to the Bear Pits tomorrow. Ya wanna come with?
Second guard: T-uh! Couldn't pay me enough!
First guard: Whaaat? You soft-belly! The bears have got these new muzzles with underslung cheek spikes. Last time I was there, (almost laughing) there was a real eye-gouging.
Second guard: Nah, nah! It makes me sick! When I was a kid--
First guard: Huh! Surprised you're even in this job…. (Falsetto) 'Oo the blood, it just turns my poor tummy!'
Second guard: Shut up, you taffer! You want blood? You should've been there years ago. Tell ya…the bears then? They were something to see. Those bears, they didn't need no cheek-spikes and razor collars, and paw hooks, and all that knifery you straps to 'em now!
First guard: No paw-hooks? What'd they do? Just bump into each other?
Second guard: Huh! Naaah! The bears back then, they had claws as long as your finger! And wicked teeth!
First guard: Bears? Yer taffing me! They look pretty mangy harmless, long as they're not wearing harness.
Second guard: That's why I can't stand the Pits now! You don't know what you've missed. They just don't make bears like they used to…
First guard: Whoa…. Killer bears. Woulda liked to see that…

Guard: (in a drunk voice, finding a body) Are you all right? No no, of course you're not all right, sorry.

Hammerite: (prayerful recitation) Hammer, anvil, forge and fire,
Chase away The Hoofed Liar.
Roof and doorway, block and beam,
Chase The Trickster from our dreams.

Garrett: (in Lord Bafford's library) I wonder if he reads them, or if it's just for show.

Garrett: The house was constructed recently, so I've had to piece together my own map from observation and hearsay. Sounds like the place is a bit of a maze. I guess if you're rich enough you can build any sort of madhouse to live in.

Hammerite: (reciting) And The Builder said, 'If the foundation is weak, do you wail and gnash your teeth? Do you ask it to repour itself? Nay, you tear it down and begin anew. So shall it be with with all My Children, whether they be Stone or Flesh.'